The Value of Losers, Spring Tour, and Limited Edition Stuff! 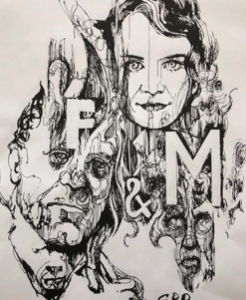 Has anyone else noticed the recent fascination in “losers”? “Losers” in life, sport, arts, etc. We have. We wrote our most recent record reflecting on this. And now there’s a show on Netflix about it. Perhaps it’s due to the constant need of the current American President to label his opposers (often intellectuals) as “losers.” (Perhaps this recent fascination is not Trump related. However, many people, us included, would prefer to be considered a “loser” by Trump standards if he, his cohorts & other crass bullies are the “winners”). In a recent article, in The Guardian, Stuart Heritage looks at the new Netflix series “Losers”. We thought it was interesting but have yet to watch the show. While our recent LP “Lessons From Losers”, celebrates those that risk everything to make something beautiful regardless of the financial gain or current trends… we do like the lessons learned from those that have tried at something they love, even if they didn’t “win”. Anyhow, sorry for this post being slightly political in nature. F&M tries to stay out of politics. (Especially American politics since we are Canadian & no one cares about the ramblings of an obscure Folk Noir band from the arctic). We prefer using our social media to share the beautiful & what we love.

That said. We have some western Canadian tour dates coming up!

We are taking our Lessons on the road with dates in Alberta and Saskatchewan and more to be announced for April. This tour is partially supported by the Alberta Foundation for the Arts.

The lovely image for this post is by talented Edmonton based artist Glen Ronald. Our tour features some very limited edition silk screened items made by yours truly! (That’s Ryan and Rebecca of F&M).